Aqemia combines machine learning and quantum-inspired statistical mechanics algorithms, derived from 8 years of fundamental research to generate better and more innovative leads for a given target.

We do de novo, structure-based design of lead-like molecules by combining two technologies: Aqemia has a unique quantum-inspired statistical mechanics algorithm that predicts the affinity between a compound and a therapeutic target accurately and 10,000 times faster than the competition. Aqemia also has an AI that generates better and better compounds by getting feedback from the affinity predictor.

In a nutshell, Aqemia's AI learns from the physics to generate better molecules.

Our generative AI learns from physics rather than data. As a result, it can innovate far beyond known chemical libraries, that is, it is able to explore a large and diverse chemical space to design novel lead-like molecules for a given target. Our molecules are unique.

As we combine our AI with unique physics-based algorithms inspired from quantum, we can generate lead molecules directly from the target structure. Unlike most other AI-enabled drug discovery companies, we are not dependent on experimental datasets.

We achieved a breakthrough in physics-based technologies, as our affinity predictor is both accurate and 10,000x faster than our competitors. Our technology is based on 8 years of research led by Aqemia's co-founder.

Our AI generates in silico lead-like molecules that have better chances of meeting the target product profile, since it is guided by our high-performing affinity predictor.

Our technology is originally based on quantum and statistical mechanics. At its heart is a theoretical framework to compute free energies of binding between a molecule and a target in water. This theory and the underlying algorithms rely on 8 years of academic research led by Maximilien Levesque, CEO of Aqemia, while he was a research group leader at École normale supérieure — PSL / CNRS, Cambridge and Oxford. The technology is described in more than 40 peer-reviewed articles in international journals and received several awards, for instance from the American Institute of Physics. 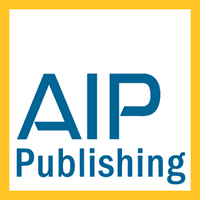 Most recent publications by Aqemia

At Aqemia, we aspire to be at the forefront of AI and physics in drug discovery. Hence, we strive to push the boundaries with our technology and continue to publish.

Theoretical Analysis of Catastrophic Forgetting through the NTK Overlap Matrix (2020)

Aqemia has an exclusive licence on technology from Université PSL (Paris, Sciences & Lettres).

Get in touch
Tweets by aqemia

Join Our Newsletter
Thank you! Your submission has been received!
Oops! Something went wrong while submitting the form.